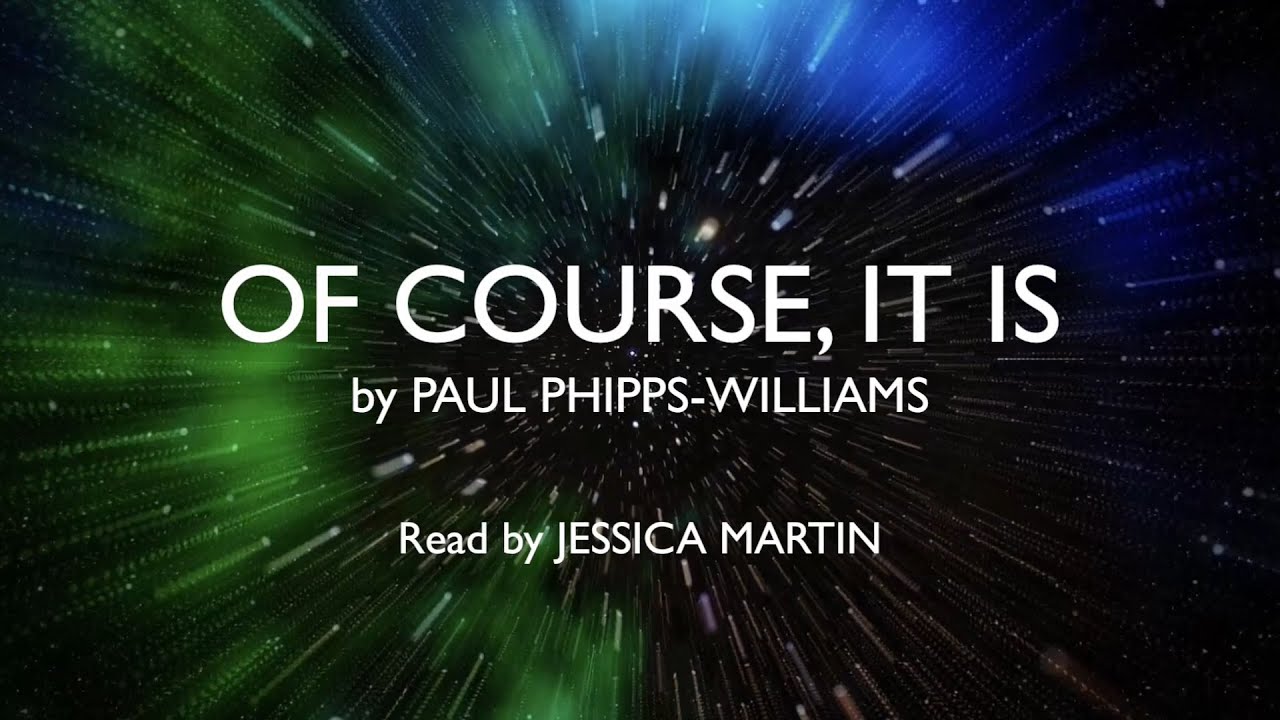 Of Course, It Is, performed by Jessica Martin 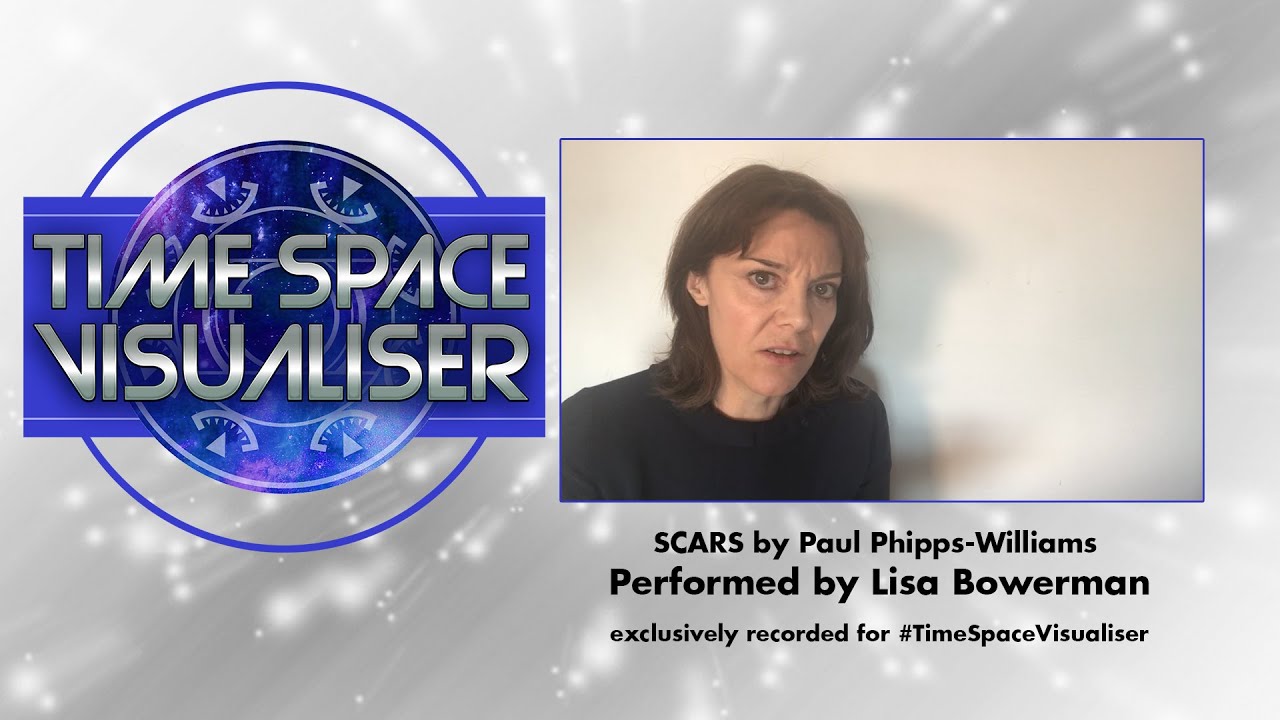 The Breath of Ages: Republished for 2020

Ladies and Gentlemen, last orders please.
Seriously, this could be your last ever order…

Have you ever fancied running a pub?

What about two pubs?

And what if they were in different dimensions?

Enter Mark Adams who is in serious need of a pint.

Now the fabled landlord of Peacebattle, he’s the only person who can stop the world from screaming for the rest of time.

But why chose a loser to save the world? What is the truth at the heart of the Binding Brothers’ dark religion and the monsters who thrive in its heart? And will Mark survive long enough to remember the most important advice of his entire career:

"IT FAR EXCEEDED MY EXPECTATIONS AND IS EASILY ONE OF MY FAVOURITE READS. THE NOVEL NEVER LOSES SIGHT OF BEING ENTERTAINING. IT'S FAST AND PUNCHY FROM BEGINNING TO END. THE AXE & GRINDSTONE MAY NOT BE TYPICAL FARE FOR HORROR READERS, BUT I RECOMMEND IT WITHOUT RESERVATION."

"WONDERFUL. ONE OF THE MOST ORIGINAL BOOKS I'VE EVER READ. CONSTANTLY INVENTIVE. CONSTANTLY SURPRISING.

"THE AUTHOR HAS A FRESH, UNIQUE STYLE THAT MANAGES TO COMBINE ELEMENTS OF PRATCHETT / DOUGLAS ADAMS HUMOUR AND VICTORIAN GOTHIC HORROR INTO AN ELEGANT NARRATIVE. I REALLY ENJOYED IT - THE KIND OF BOOK YOU COULD SEE TRANSLATING WELL INTO FILM."

The Breath of Ages

And the Blood of the Reaper will cripple and burn…

It’s a tale for children. An urban myth to laugh at and mock.

The Tomb of Sebastian Carpenter haunts the town of Tayborough, and the child inside needs company. If you see it, you’re his for the rest of time.

No one believes the stories any more. No one but Ben Stafford.

For Ben knows it’s real. He’s seen the Tomb. It lingers in his dreams. It’s called out to him.

Beware the Elderly Man. Beware the Wolves of Forever Return. Give. Me. Your. Last…

And now the race is on. Carpenter’s Tomb is opening, and only Ben can stop the Reaper of Souls being unleashed upon the world.

But what horrors lie dormant within the Book of the Brave Five Thousand? What is the bleak secret hidden inside the old Antique Shop? And can Ben escape the nightmare of his darkest day?

"I LOVE THIS BOOK. IT SLAMS OPEN RUNNING, AND RARELY PAUSES FOR BREATH. ONE OF THOSE READS THAT MAKES YOU KEEP WANTING ANOTHER CHAPTER, THEN ANOTHER. WONDERFUL FANTASY FICTION WITH AN ELOQUENCE THAT RAISES IT ABOVE ITS RIVALS IN THE FUTURE."

A Short Semblance of Home

Through the hottest of deserts and the coldest of snows, the TARDIS crew have searched for the one remaining piece of the Doctor’s most important experiment.

Why hasn’t the Doctor learned his lesson? What’s so important that his scientific curiosity outweighs the safety of the crew once again?

And will his latest arrogant trespass be the last he ever makes?

"A SMALL SEMBLANCE OF HOME IS SUBLIME. EVERYTHING ABOUT IT OOZES A MUST-LISTEN FEEL. THE SCRIPT IS BEAUTIFUL, A TRUE LOVE LETTER TO THE EARLY DAYS OF THE SHOW. HIS HANDLE ON THE CHARACTERS IS EXCELLENT, HE PAINTS A TRULY VIVID PICTURE WITH HIS USE OF WORDS. HOPEFULLY THIS WON'T BE HIS ONLY STOP IN THE DOCTOR WHO UNIVERSE."

The witch Angelique sits alone in her cottage, writing a confession.

But what is she confessing to?

And why can't she stop writing?

"A SHOWCASE FOR LARA PARKER AS ANGELIQUE... A DARK TALE WHICH ENDS ON A TWILIGHT ZONE-ISH NOTE."

"A NEATLY TWISTED TALE - DEFINITELY THE HIGHLIGHT OF THIS BOX SET."

REVIEWS IN TIME AND SPACE

Jessica Griffin buried her past a long time ago.

But in Collinsport, secrets don’t stay buried for long.

On the longest night of her life, Jessica will discover the cruel truth behind the lie that is “Til death do us part…”

"EASILY THE STRONGEST TALE OF THIS SET, AND A REALLY UNSETTLING PIECE TO LISTEN TO. A STORY THAT DESERVES THE TIME DEVOTED TO IT AND NEEDS TO BE HEARD TO REALLY BE APPRECIATED."

"LOVE LIVES ON IS THE BEST OF THESE DARK SHADOWS SETS FOR SOME TIME, AND THEREFORE COMES WARMLY RECOMMENDED."

Produced and script-edited by Joseph Lidster and Alan Flanagan, the third series of Dark Shadows' full cast audio drama takes place in real time and will leave the residents of Collinsport changed forever.

Dare you enter the doors of Windcliff?